*With the participation of teenagers Nordisk Hjälp launches the first workshop of the anti-racism project.*

On the 12th of November (a Saturday) the city of Göteborg witnessed, from an initiative started by Nordisk Hjälp, the first workshop as part of the Proaktiv Antirasism project. The project is organized by Nordisk Hjälp in cooperation with the Swedish Agency for Youth and Civil Society MUCF.

This workshop titled “Racism and Combating Racism” was presented by researcher Tobias Hubinette, where he discussed the issue of racism and what racist attitudes may be encountered with the teenagers who attended.

It is also noteworthy that this workshop was held in Göteborg with the cooperation of the Mosaic Göteborg Association.

The workshop is part of a project implemented by the Nordisk Hjälp organization during the years 2022 and 2023 in a number of Swedish cities. 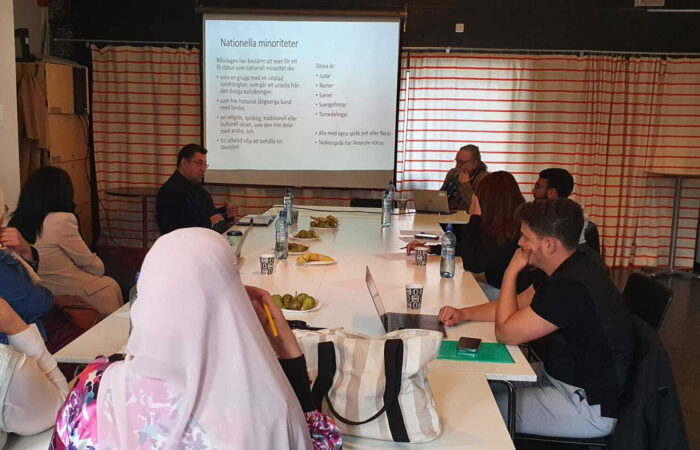